I am a training and media professional, running my own company, Chinstrap Films, LLC. But my most important work comes out of my role as husband and father. I proudly claim those titles, and firmly believe they are earned everyday by being present and involved.

Growing up in a university town in the mountains of North Carolina, I was lucky enough to be part of a couple of different communities. A small rural town mixed with an institution of higher learning.

The son of an Art Professor, I was raised to believe that both of these experiences were of equal value; that the farmers, truckers, and janitors had as much to teach as any of the professors at the university.

As a liberal Democrat, I try to uphold the value that everyone has worth and has something worthwhile to say. We only learn by listening and discussing with those with whom we may disagree. I’m proud to say that I have family and friends who are conservative Republicans, Libertarians, and Independents. We agree on many things like the importance of family, love of country, and caring for other people. The differences come in they way we approach these values.

I am old enough to remember when President Ronald Regan and Speaker of the House Tip O’Neill were in power. When the cameras were on, they would go at each other, blaming the other for what was wrong. But, when the cameras turned off, they would come together, discuss their positions, and, united, work together toward a better country and better world. Completely different from what happens today.

Hopefully with this blog we can we can bring back the lost of art of discussing facts and beliefs with respect and with the common goal of making the world a better place.

The Declaration of Independence of the United States provides insight to the immigration debate of today. END_OF_DOCUMENT_TOKEN_TO_BE_REPLACED

If you didn’t read last month’s post, Fear and Bicycles – Part One: Fear, please go back and take a look. As a quick recap, last month I revealed that I taught my eight-year-old son to ride a bicycle in less than one day without using training wheels. We discussed that biggest obstacle to learning or trying new things is fear and we considered these three techniques for overcoming fear: Accept and Protect Dismiss and Do Address and Overcome I revealed, that I used the Address and Overcome method while facilitating my son’s attempt to learn how to ride a bike, and in doing so, END_OF_DOCUMENT_TOKEN_TO_BE_REPLACED

This summer, I taught my eight-year-old son to ride a bicycle. He learned in less than one day without using training wheels. What superpower did we tap into to achieve this feat? The power of overcoming fear. My son insisted that we install training wheels because he was afraid of falling and getting hurt. It’s much the same fear that can keep kids from trying new things or going to new places. This fear is a healthy and natural reaction that we, as parents can either help them overcome or, often inadvertently, make much worse. Fear, more than anything else, is what blocks us from END_OF_DOCUMENT_TOKEN_TO_BE_REPLACED 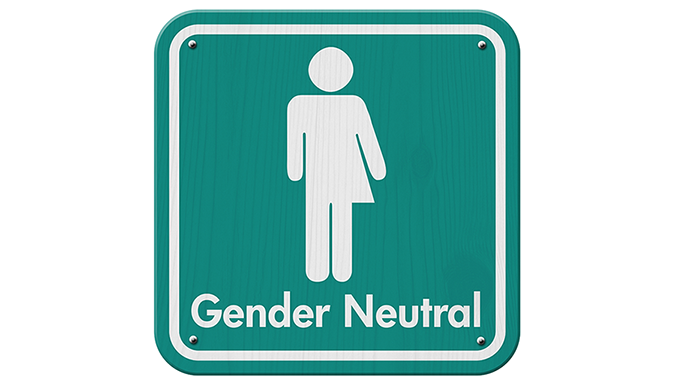 Okay, I admit it, I’ve been stubbornly opposed to changing. I grew up in the mountains of North Carolina and was raised to say, “ma’am” and “sir.” Living in other parts of the country, I’ve been told not use those terms because, “It makes me feel old” or “I work for a living.” I would laugh, and explain that was just the way I was raised and meant it as a form of respect. Of course, I would refrain from using them again in that interaction. I justified retaining those terms with the idea that we need more civility and respect in our day to END_OF_DOCUMENT_TOKEN_TO_BE_REPLACED

The Associated Press, reports that Manafort resigned over his work for the pro-Russian party of the then president of the Ukraine, Viktor Yanukovych. It seems that he not only received more than $12 million, but he also tried to influence opinion here at home. Donald Trump’s ties to Russian don’t end with the resignation of his campaign chairperson, Paul Manafort. As outlined by The Washington Post, one of his foreign policy advisers, Carter Page, served as an executive at Merrill Lynch in Moscow and then became an advisor to Gazprom, the Russian state-controlled energy company. Additionally, Trump took Lt. Gen. Michael Flynn to his August END_OF_DOCUMENT_TOKEN_TO_BE_REPLACED

(Editor’s Note: Because the victim is a minor, his name has been changed). It’s official, I have failed as a parent. The other day, I picked up my son, Ethan, and his friend, “Bob”, from summer camp. While we were walking home, Bob was telling us how much he enjoyed playing baseball. “What position do you like to play?” I asked. “Batter,” he said, giving the type of verbose reply preferred by eight-year-olds everywhere. “You like to be a batter?” my son asked, with an evil glint in his eye that made me wary. “Yes.” “Great,” Ethan barely suppressed a grin, “Since you like being END_OF_DOCUMENT_TOKEN_TO_BE_REPLACED

While reading some comments on social media, it occurred to me that, while one’s sexual preference and ethnicity may be genetic, being bigoted is a lifestyle choice. I believe that bigotry is caused by our natural tendencies to be afraid of things that are different. It’s the same tendency that allowed our ancient ancestors to survive a time when that person who looked different from the tribe could kill them all. Thankfully, despite what the Republican Party would have you believe, life here in the US isn’t nearly as dangerous. One of the best advantages of our country is our diversity and the freedom we END_OF_DOCUMENT_TOKEN_TO_BE_REPLACED 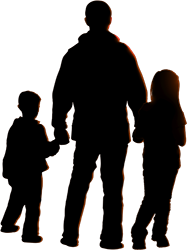 My biggest inspiration for starting Spree Speech is to try to leave this world a better place for my son. To do so, I need to learn to be a better parent and, if, in the process, I can help others, all the better. With that in mind, I’m creating a section with posts that may be of interest to all parents, but with a focus on fathers. While you can find these articles on the main page of this site, I am also collecting them in the Father’s Hood page so that those of you who do not want to be bothered with political END_OF_DOCUMENT_TOKEN_TO_BE_REPLACED

My definition of “father” is very different from most dictionaries. For example, dictionary.com offers this as the first definition, “a male parent.” Okay, from a technical, genetic, standpoint, this is true. But, we are more than just a grouping of genes. We are social creatures and, as such, are as defined by our social nature as our, biological nature (I really wanted to say, “natural nature,” as it is more fun, but biological nature makes more sense). From a social nature (i.e. a family group) standpoint, a father is much more than that. To be a father, you have to be involved with your offspring’s END_OF_DOCUMENT_TOKEN_TO_BE_REPLACED

The Republican Party is partially correct on the issue of terrorism. It is one of biggest threats we face as a country today. However, they are completely wrong when they single out just one source. To see what I mean, let’s start with a definition. Dictionary.com defines “terrorism” as “the use of violence and threats to intimidate or coerce, especially for political purposes.” Okay, so far this does nothing to repudiate the GOP’s position. Let’s see what happens when we put this in practice with some examples. Extremists twist the words of a religion into an excuse to commit acts of violence against political foes. END_OF_DOCUMENT_TOKEN_TO_BE_REPLACED

This site is dedicated to the idea that we are all more similar than different, and we should celebrate our differences through free expression.

Agree, disagree, or have a completely different take on something you see here?

This site is dedicated to free speech, so please comment. Just make sure all comments are respectful and content oriented.